For Drivers
For Teams
Pricing
Resources 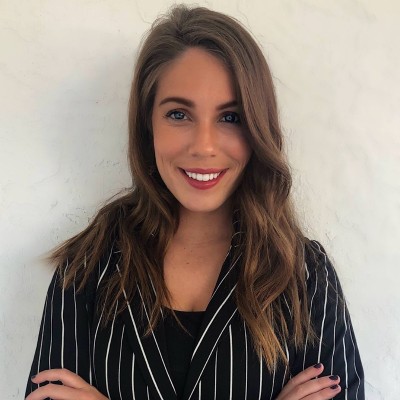 What Does it Mean to Be Carbon Neutral? A Comprehensive Guide for Businesses

Carbon neutrality is a term tossed around by individuals, businesses, and governments. With the climate crisis becoming more and more apparent in our daily lives, people are thinking about how they can reduce their emissions.

Carbon neutrality is one concept essential to limiting global warming to 1.5 degrees Celsius by the middle of the 21st century, as laid down in the Paris Agreement.

It requires a team effort, so being able to define carbon neutrality and understanding what it takes to achieve it is crucial.

What is Carbon Neutral?

To understand the carbon neutrality meaning, we have to take a close look at the definition.

The carbon neutral definition means having a perfect balance between carbon emissions and how much carbon is absorbed from the atmosphere via carbon sinks.

Becoming carbon neutral is not purely a matter of limiting emissions but thinking of ways to reduce the amount of existing carbon within the atmosphere. In other words, reaching net zero emissions requires emissions to be balanced by removal.

A carbon sink is any system that can absorb more carbon than it emits. For this, we look to the natural world, with forests, soil, and oceans being the prime natural carbon sinks. Unfortunately, natural sinks can only eliminate 11 gigatons of CO2 per year, which is not even a third of global emissions.

The other problem is that nobody has managed to create an artificial carbon sink that can effectively remove carbon from the atmosphere on a large scale. While several carbon-neutral examples feature sinks, the technology has yet to scale.

In the meantime, if you’re looking for a quick answer to the question “what does it mean to be carbon neutral?” the answer is to reduce emissions.

The Difference Between Carbon Neutral and Net Zero

Some people use the terms interchangeably, but this is incorrect. Carbon neutrality concentrates on the emissions and mitigation of carbon. Net zero is a grander project that balances out all greenhouse gases, including sulfur dioxide and methane.

All greenhouse gases have a negative impact on the climate. The focus remains on carbon dioxide because it’s traditionally the most pressing problem. Ambitious businesses looking to understand “what is carbon neutral?” may also want to set a goal of going net zero.

What Businesses Can Do to Become Carbon Neutral

Figuring out the carbon neutral meaning and putting carbon neutrality into practice is not an impossible goal. Most businesses can achieve it in the short term and stick with it for years to come. However, you must establish the foundations to become a greener business.

Let’s run through the steps you must take to start the journey to becoming a carbon neutral business.

Step One – Measure Your Emissions

You cannot reach carbon neutrality without knowing where to begin. The problem is, if you can’t see them, how do you go about measuring your greenhouse gas emissions?

All of your business’s operations will emit greenhouse gases. It includes the energy you use, the waste you create, and how much travel you carry out. Some companies will even account for the emissions of their suppliers.

Unlike scientists, you don’t need a precise figure. Think about your carbon emissions in terms of data points. How much do you pay for your energy? How much waste are you producing? How often do you travel? How far are you traveling?

For example, if you take three business trips per year, it’s pretty easy to determine the exact number of your emissions. You can also use solutions like MileIQ to track your mileage and how much gas you’re using to get a rough idea of your annual emissions.

Knowing your carbon footprint is vital because it gives you the information you need to start planning for a greener tomorrow.

Find out which activities emit the largest amount of carbon. For example, a service-based company usually finds most of its emissions coming from energy and its suppliers. Dig into the details to determine who or what is responsible for most of those emissions.

Some examples of the ways you can reduce your emissions include:

What you can do depends on the nature of your business. Some types of unavoidable activities in specific industries will emit more considerable amounts of CO2, and there’s little you can do about it. Instead, you’ll need to consider compensating with reduced emissions elsewhere.

Carbon credits are a great way of reaching carbon neutrality.

Carbon credits are purchased to support projects that remove carbon from the atmosphere, such as planting trees and cleaning up the world’s oceans. It can also include developing new green technologies to replace outdated legacy processes. Carbon capture technology is one of the most successful projects in recent years, funded by carbon credits.

While it may seem like skipping on your obligations, the carbon credits system has enabled many green projects that would not have existed but for the investments made through these credits.

Achieving carbon-neutral status is one thing, but maintaining it is another. Your business will change as it grows. New markets, supply chains, and technology leave businesses liable to return to their old ways.

Going carbon neutral is not a one-time thing but an ongoing process. You must review your carbon emissions constantly and take action if you emit more than before.

It happens surprisingly regularly, and companies that were once carbon neutral are emitting more than they save all over again.

Set up a team responsible for maintaining your organization’s green credentials, including monitoring and making regular suggestions for how the business can improve.

Every company will have its own systems for going carbon neutral. Anyone who can and does go toward carbon neutrality contributes to a greener world.

On the other hand, one small business going to carbon neutrality doesn’t have the same impact as a significant emitter making the pledge. Here are three of the biggest companies in the world that are working toward becoming carbon neutral.

Google has undoubtedly had the most success with its green pledges. Google was one of the earliest companies seeking to become carbon neutral. They accomplished that goal in 2007 but have also taken it one step further.

They want to eliminate their entire carbon legacy by purchasing carbon offsets in high-quality projects. It has been a roaring success and Google’s lifetime carbon footprint is now zero.

Google has already committed to operating exclusively on 24/7 renewable, carbon-free energy by 2030.

Netflix has developed its own sustainability scheme called Net Zero + Nature. It was developed from the input of the Science Based Targets initiative. The plan contains a three-fold attack expected to conclude by the end of 2022.

The streaming giant has pledged to reduce its emissions, retain its existing carbon storage capacity, and contribute to removing carbon from the atmosphere.

Much of Netflix’s contributions have focused on conservation and regenerating destroyed ecosystems, including soil and grasslands. Netflix is heavily involved in developing carbon capture technology, and the America Is All In coalition lobbies for more climate action in the U.S.

Apple has already achieved carbon neutrality across its global operations. Despite some of the criticism it has received for its overseas manufacturing hubs, these are also carbon neutral. Currently, the same cannot be said for its devices, but change appears to be on the horizon.

Since it calculates its carbon emissions on a global scale, it accounts for every device, office, and manufacturing hub to balance out its numbers. Apple now wants to apply those same neutrality principles to every device they sell.

According to Apple’s Environmental Progress Report, published in 2021, Apple wants to continue reducing carbon emissions. It also intends to develop carbon removal solutions for the remaining 25% of operations that emit carbon.

For businesses, it demonstrates that even if some of your operations cannot be reduced any further, there are options to make an impact elsewhere and balance the scales.

Reduce Your Carbon Footprint with MileIQ

Business travel is one of the leading emitters of carbon for businesses. A willingness to change is part of understanding “what is carbon neutral?” and its impact. Reducing your mileage starts with MileIQ.

Our innovative mileage tracker app tells you everything you need to know about the miles your fleet is going through every month and every year. With these calculations, you can figure out your carbon footprint and make impactful changes that turn you into a carbon-neutral business.

If you want to learn more about the features that make MileIQ the best in the business, sign up now.

Are you tracking your miles yet?

Join the millions of drivers who’ve saved billions of dollars with MileIQ.