For Drivers
For Teams
Pricing
Resources

When to start hiring executives for your startup 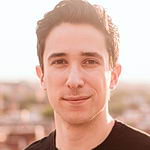 When you start your company, everything is on you. This includes taking out the trash and dealing with the proverbial gutter of less-than-fun tasks. As companies get bigger, one of the hardest things is for a founder to “fire” themselves from many of these early jobs and start hiring executives.

What if a new executive makes a mistake? What if they do it differently? These questions haunt many entrepreneurs.

However, bringing in executives is often an essential step to scaling a startup. It allows you, the founder, to get what’s known as leverage. Your duties are no longer to be a superhuman individual contributor, but instead, they are to manage a team of senior leaders.

So, how do you know when to hire senior executives? I use a rule I call the 50 Percent Rule.

As the founder, you have a distinct advantage when running a function of your business: you have near-perfect organizational history. For example, if you’re leading marketing, you know what has been tried before. You understand who is good at what. You also realize where the market or customers have pushed you in the past.

You’re often much more efficient at running a particular function in the short term than an outsider would be. A new leader would have to get ramped up, make all the same mistakes over again, and learn the nuances of your market.

However, I’ve found a guideline for when it’s time to bring on help. It’s called the 50 Percent Rule. The idea is simple but essential. It’s time to hire someone when you can only accomplish 50 percent of the productive tasks a function requires.

Here’s an example of the 50 Percent Rule within marketing. Let’s say you’ve identified four channels that work well but only have the time to execute on two of them. That is an opportunity to start hiring executives where there will be an immediate positive impact.

Hiring that senior leader would allow the marketing function to eventually double its output. This doubling more than outweighs the pain of bringing in a new leader.

So you’ve decided to bring in a senior leader. Now, how do you make them successful?

The most critical thing is simple: Trust them.

You’ll be tempted to lean into what they’re doing, offering (too much) help and definitely too much feedback. However, a senior leader thrives off autonomy. They want to be left to innovate and build their function.

This concept doesn’t mean you let them run wild. Instead, you agree to, upfront, on clear goals that are measurable, time-bound, and achievable. Your task then is to hold them accountable to these goals and make sure they have the resources to achieve them.

For many founders, this is the hardest part. You’ll notice them doing things that you think, and in many cases know, are incorrect. However, autonomy is something so essential that it is worth letting your leaders make mistakes.

Over time, that sense of freedom will allow your organization to scale well beyond your arms-length capacity.

As a founder, it is tempting to retain control over all business functions. However, the paradox is that the longer you wait to hire senior executives, the harder it becomes to hire true autonomous leaders. You need to take on short-term pain of handing over control to have long-term viability.

Building an organization that allows for autonomy is about a foundational culture of goal-setting and communication. Organizations can thrive for a long time without that culture due to the sheer will of a founder. However, to scale a company, you need to be able to bring on senior talent—even if it hurts.

Are you tracking your miles yet?

Getting business financing whether it's through a small business loan or grant can be a daunting process. Here are 6 things you should do before trying

For aspiring entrepreneurs or people in business, Shut Up and Listen! will help you take your company to the next level. Interview questions with author

How to Hire an Intern for Your Small Business

Hiring employees is a key way to grow your business. But, don't neglect the value of hiring an intern. Here's how to add an intern to your staff.

Tips on Filing Your Small Business Taxes for the First Time

Nervous about first time filing taxes for your small business? Here are some tips to help the process go more smoothly.

6 tax tips for the self-employed

These tax tips for the self-employed will help you stay on top of your taxes. This includes important deductions & write-offs you can't miss.

If you're not sure what to ask a job applicant, here are ten phone interview questions to use in a phone screening and what the answers can tell you.

Join the millions of drivers who’ve saved billions of dollars with MileIQ.